At the same time, it is also coming to the fore that the crowd did not gather in Ferozepur rally due to rain. Apart from this, BJP’s rally was being protested at various places in Punjab. BJP workers going to the rally were also stopped. PM Modi was to reach the rally at 1 o’clock but at 2 o’clock it was told that the PM would not attend the rally. Bad weather was first told behind this.

BJP President JP Nadda has given the reason for this. He made several tweets after the rally was cancelled. Wrote- The Congress government of Punjab is anti-development and it does not even care about the freedom fighters.

Nadda further wrote – The most disturbing thing was the issue of lapse in the security of the Prime Minister. The protesters were allowed to enter the PM’s route. Whereas the Chief Secretary and DGP of Punjab had assured the SPG that the way was safe. Punjab Chief Minister Channi did not even pick up the phone for the issue to be resolved or for any discussion on this issue. Those who believe in democratic values ​​will be saddened to see the methods the Congress government is using.

Stopped at the flyover 30 km before Hussainiwala National Memorial

According to the Ministry of Home Affairs, the convoy of Prime Minister Narendra Modi reached a flyover 30 km before the National Memorial at Hussainiwala. There some protesters had blocked the road. Because of which the PM remained stuck there. Regarding the security of the Prime Minister, the Union Home Ministry has considered it a big lapse. It is also learned that clearance was taken from the Punjab Police before PM Modi crossed the road. Despite this, the road was blocked by the protesters on the way.

There was no additional security, report summoned from Punjab government

According to the Ministry of Home Affairs, there should have been additional security while passing through the road for the safety of the PM, but no such arrangement was made here. Because of this the PM had to return to Bathinda. The Union Home Ministry has taken strong cognizance of this and termed it as a serious security lapse. A detailed report has been summoned from the Punjab government in this regard. Apart from this, the state government has been asked to fix the responsibility in this matter and take strict action.

There was a rally in Firozpur

Prime Minister Narendra Modi had an election rally in Ferozepur. He came to Punjab for the first time after the end of the peasant movement. Due to bad weather, he was going from Bathinda to Ferozepur by road. During this there was also opposition to his visit. Buses of BJP workers were stopped at many places. After which this rally was cancelled. Although earlier the reason was given as rain, but information about the weather was already received. Now, due to its security lapse, questions are being raised about the attitude of the Punjab government.

CM Channi refused to listen to the phone call: Nadda

BJP National President JP Nadda said that he had called Punjab CM Charanjit Channi to explain the matter and resolve it but he refused to talk. He said that this attitude of the Congress government of Punjab is very sad. 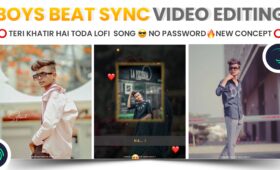 Will the government shut down cryptocurrency 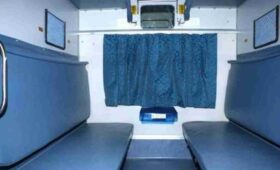