As we are in the 21st century and mobiles and cell phones are considered as the symbol of the century. Mobile phones have come a long way, they are the most used devices in the world and the growth of the mobile industry has been amazing and it has been an astonishing achievement for the industry. The development of the mobile industry has opened doors for many entrepreneurs; However, startups must also keep up with the dynamic trends, buyer behavior and strategies of companies like Google, Apple, Microsoft in the corporate sector. If a startup knows this enhancement, it will help them understand the great opportunity while mitigating risk from potential issues.

Samsung is a big name in phone companies and has emerged as one of the top mobile brands in the world. It is a South Korean company established on 1 March 1938. It is one of the most trusted brands in the world because of the top-notch features offered by the company and its long-lasting smartphone. The smartphones sold by this company are very user friendly, have best innovative software, proper customer care facility, cost effective etc.

Sales of 321.3 million units per year and revenue of USD 211.2 billion per year make it number one among the top mobile brands in the world list. 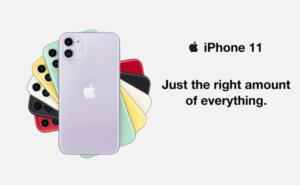 It is one of the most premium mobile brands in the world. It is an American multinational technology company and one of the largest technology companies in the world. It was founded on 1 April 1976 by Steve Jobs, Steve Wozniak, Ronald Wayne. The top smartphones of this company include Apple iPhone 11, iPhone 11 Pro, iPhone X, iPhone XS Max, iPhone XR, iPhone 8, iPhone 8 Plus, iPhone SE.

Sales of over 217 million phones per year and revenue of USD 53.8 billion per year place it second on the list.

It is one of the widest range smartphone brands in the world. It is a Chinese multinational company founded in 1987 by Ren Zhengfei. The popular handsets launched by this company are Huawei P30 Pro, Huawei Mate 20 Pro, Huawei P30 etc.

It is a Chinese multinational company founded in April 2010 by Lei Jun. With just a few years of its release, it has given a tough competition to its competitors. It is the fourth most valuable technology startup in the world. The popular smartphones released by this company are Mi 10 Ultra, Redmi Note 9 Pro, Redmi Note 9, Redmi 9, Redmi Note 8, Poco F2 Pro and Redmi Note 8 Pro.

Sales per year of 119 million, revenue per year of $25.4 billion place it fourth on the list.

Sales of 29 million units per year, revenue per year of $137.7 million make it fifth on the list.

Sales of 49.5 million units per year, revenues of USD 46 million per year place it sixth on the list.

It is an American multinational telecommunications company founded in 1928 by Paul and Joseph Galvin. After suffering losses of $4.3 billion from 2007 to 2009. The company split into two independent public companies, Motorola Mobility and Motorola Solutions, in 2011. The popular mobiles launched by this company are Motorola Razr, Mate X, Moto G8 Plus, Moto Z4. Motorola One Action, Moto Z3, Moto G7 Power, Moto G7 Plus and Motorola One Vision.

Sales 35 million units per year, revenues of USD 14 billion per year place it 8th on the list.

LG Electronics is a South Korean multinational company founded in 1958 by Koo-In-hwoi. Popular smartphones launched by LG are LG G7 Plus ThinkQ, LG W10 Alpha, LG V30 Plus, LG Stylo 5, LG Q70, and LGK61. The smartphone launched by LG did not get much popularity in many countries.

USD 54.9 billion per year reviews makes it ninth on the list.

Nokia is a multinational company founded on 12 May 1865 by Fredrik Idestam, Leo Mechelin, Eduard Finland. Earlier Nokia used to rule the mobile market, but as technology evolved and smartphones were introduced, the company could not perform better and till now they are selling. Smartphone and trying to get better day by day. The popular smartphones launched by Nokia are Nokia 2.3, Nokia 220, Nokia110, Nokia6.2, Nokia 3.2, Nokia9 Pureview, Nokia 8.1, etc.

It is the 10th ranked smartphone brand on the list with annual sales of over 17.5 million smartphones.

So, in a nutshell, these were our thoughts on the mobile phones currently available around us. Every company tries to come up with the best features of their mobile phones, some manage to leave a huge impact on their users. In this current pandemic situation of COVID-19 the need of mobile phones has increased to a great extent as almost all the students are compelled to switch to online mode of education, and for this reason, mobile phone companies are facing stiff competition. Used to be. Prove their worth. 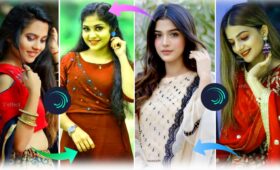 Which are the best mobile phone brands available in India 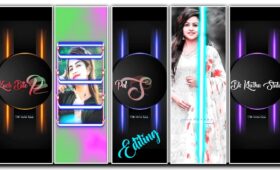 Second Hand Mobile Shop Near Me 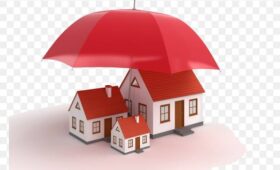